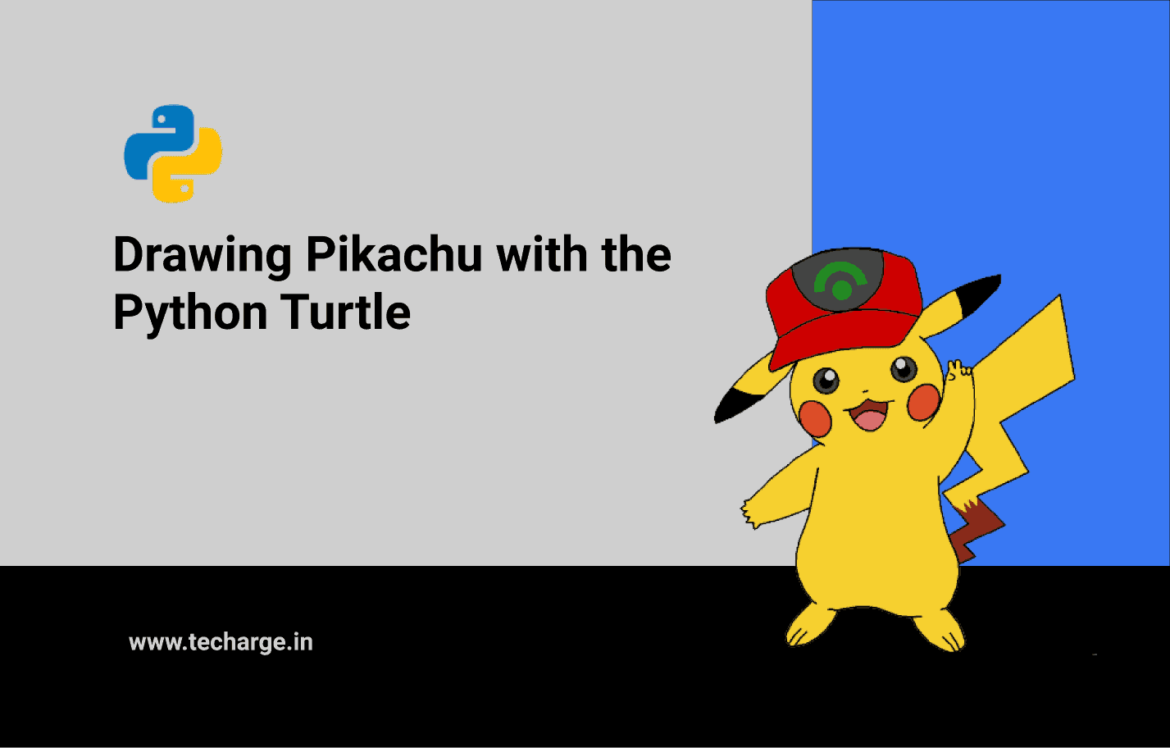 In this article, you will learn how to Drawing Pikachu with the Python turtle library.

Turtle is a pre-installed Python library. It enables users to create pictures and shapes by providing them with a virtual canvas. The onscreen pen that you use for drawing is called as turtle.

The turtle has three attributes: a location, an orientation (or direction), and a pen.

The turtle can move in four directions:

To know more about it, you can refer to Turtle Documentation. Use this link to navigate to the documentation.

You can find all the code at my GitHub Repository. Drop a star if you find it useful.

In order to access the Python library, you need to import it into your Python environment, use the following command to import turtle it in your python script.

Starting out, let’s create an instance of Screen.

Now, create an instance of Turtle.

Now let’s see some common methods used in this program:

Output of code , When you run the code !

You can play around with the library, explore more features and even customize it further.