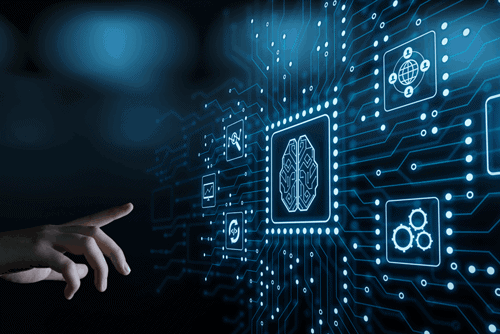 In the article, You will learn about DNA of Thing(DoT), How this word come into existence ,what does this means, and more.

What is DNA of Things?

DNA of Things (DoT) was first introduced in the year 2019 by a team of researchers from Israel and Switzerland, under the guidance of Yaniv Erlich and Robert Grass. DoT is a process of encoding digital data into DNA molecules, which are then embedded into objects. This provides the ability to the object which carry their blueprint, identical to a biological organism.

It is somewhat similar to the Internet of things(IoT), which is a system embedded with digital data, but here the purpose is to create a replica or clone with similar genetic and immutable memory of the living creature.
This research can bring a revolution in the technical World where humans can create their clones with similar DNA structure which can be used to immortal the human existence on earth, if you’re visionary, just think about it what if you died but your clone having your DNA and your memories still exist on Earth, this makes you eternal.

This artificially created DNA is similar to the Biological DNA which stores information across the generations.

This vision is originated from the idea of DNA digital data storage which is a device that is used to encoding and decoding binary data to and from the synthetic DNA strands.

This concept of DNA digital data storage was first introduced in the year 1959, when the physicist Richard P. Feynman, in “There’s Plenty of Room at the Bottom: An Invitation to Enter a New Field of Physics” emphasized the creation of artificial objects identical to objects of the microcosm (including biological) and having comparable or even enormous capabilities.

This concept of storing the data into DNA strands has immense potential because of its high storage density, although its practical usage is limited due to its high cost and low read and writes time.

The Swedish university ETH Zurich discovered the technique of combining genetically embedded digital data into non-living objects with the collaboration of a team of researchers from Israel.
“There are several unique possibilities with the research ETH Zurich has done, This could be a transformative technology,” said Braden Perry, partner at Kennyhertz Perry.

The researchers achieved their first success by embedding artificial DNA in a 3D-printed plastic bunny, according to a report published in Nature Biotechnology, “A DNA-of-things or DoT storage architecture to create materials with embedded memory.”

The best investment you can make is an investment in yourself. The more you learn, the more you'll earn. ECE student at Feroze Gandhi Institute of Engineering and Technology, RaeBareli.

Publish Your Own Site For Free on GitHub